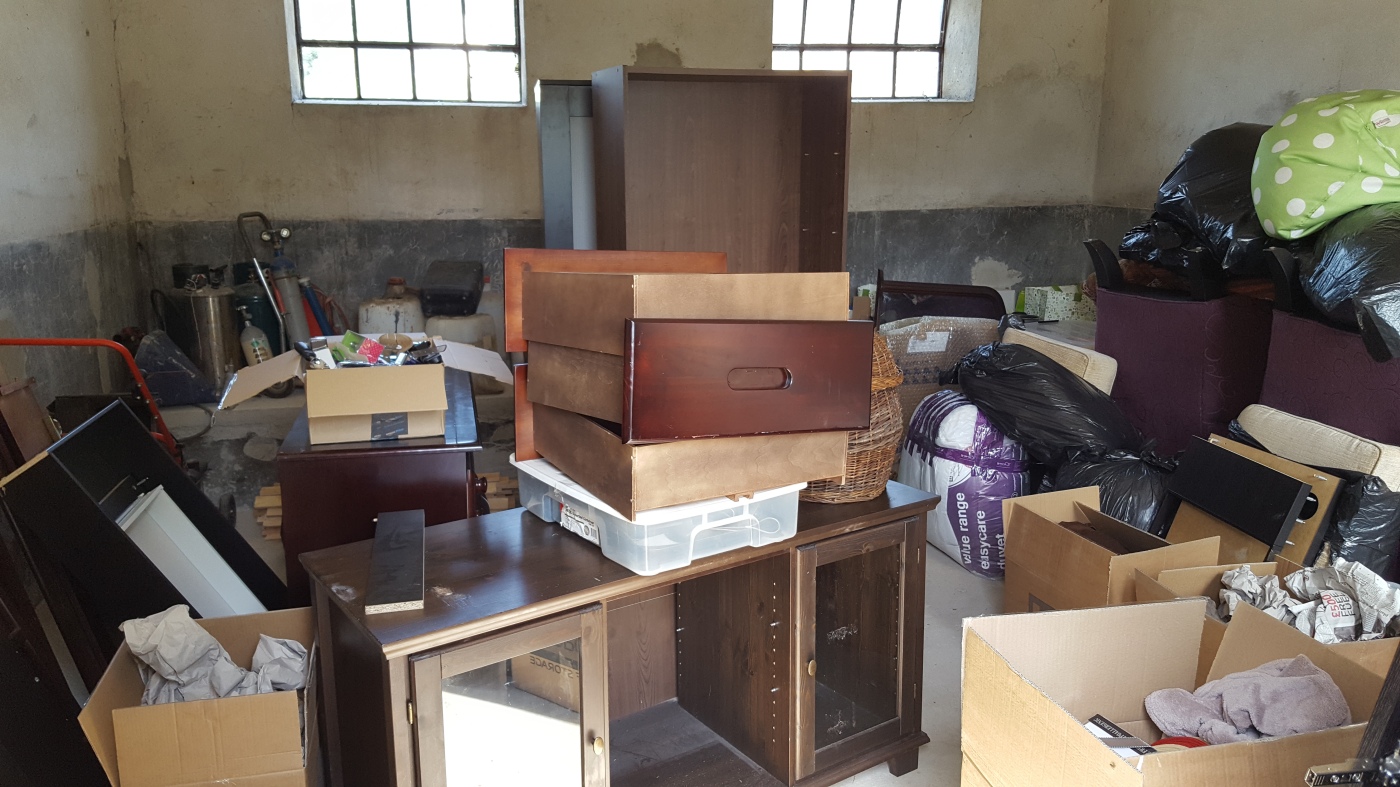 Neil had been here a few days so he drove to Milan to pick Rowan and I up on Friday evening.  Again, it was late by the time we got to the house but we had a celebratory glass of wine and then headed for bed.  It was SO strange to think that we were sleeping in our own house – there was so much to be done and (as I have extremely little patience) I didn’t sleep very well thinking about all of it.

What I did find out was how F’IN early the sun comes up in Italy.  Not as early as London but when you have a door sized window with sunshine streaming into your face before 6am it doesn’t make we the happiest.  Since we didn’t have hot water and no working stove, there was no how shower and no coffee.  We dressed as quickly as possible and headed into Cortemilia for our sugar/caffeine fix.

After a pastry and café, we drove into Manera to pick out tile for the family bathroom.  The tile that has been in place was quite interesting.  There was ombre tile on the floor with a kind of disco feel to it and white tile with flowers on the walls.  It needed an update.  Neil mentioned that we got a great deal on the rental car and I quickly realized why – it had an engine with the power of a hamster.  To get to the tile shop we had to go to the top of the second hill (these hills are what eventually become the alps so keep this in perspective).  It took forever, Rowan runs faster.  But we got there eventually and picked nice simple grey and white tile.  (again – simple, right?).

After the tile, we drove to the hardware store – luckily this time it was only up one hill.  This store was having a special on Weber grills so we figured it was a) something we needed and b) a way to cook until the stove was fixed. We bought enough to fill our little car to the top.  Lesson learned – when doing work in Italy, rent a bigger car.  Still amazed that we didn’t have to tie Rowan to the roof to get everything home.  We got primer, paint, patching compound, a grill, grill tools and charcoal, paints and canvas, buckets and probably a few things I’ve forgotten.  Definitely enough stuff to keep us busy for a couple of days.

We dropped off everything at the house then went into town for groceries and gelato.  We needed to get supplies – hard work is fuelled by good food and cold beer!  It was nice to be back at the house – we put our feet up, started the grill and relaxed over dinner and drinks with a beautiful view.

Sunday dawned early – again.  Still no real answer to blinds or drapes in our room as the wall needed to be patched so that we could re-hang the curtain rod.  At least we could get an early start?  Thanks to an electric kettle, I could have coffee which meant I was a much nicer person to be around.  We got to work mid-morning to prime the walls of the rooms.  The primer they provided was a different than I was used to – it was thin and milky but was supposed to do the trick on sealing in any stains, etc. from bleeding through.  I guess we’ll see when we get to the painting part.   We made it through the kitchen, lounge and master bedroom then (following the instructions) had to wait 24 hours to completely dry before painting – what better reason to throw in the towel for the day?

Our neighbours are lovely.  Their grandkids played with Rowan for a while this afternoon while their son-in-law mowed our field with the tractor.  I could have kissed him.  It made me so happy to have that grass cut down.  While he worked on the grass, Neil and I practised our Italian with the neighbours.  He has a head start has he’s been taking lessons for the last year or two.  I have realized that studying Spanish is very helpful – while I might not be able to speak Italian, I can understand way more than I thought I could!  Woo-hoo!  At least I can tell if they’re talking about me J

After all that, we headed out to get pizza only to discover that Sundays are extremely popular and we hadn’t booked a table.  Luckily, there is a micro-brewery and restaurant called Baladin just up the road which made everyone happy.  Job done (for today).